Posted: 2011/09/06 | Author: kevinmontrose | Filed under: pontification |Comments Off on History Of The Stack Exchange API, Version 1.1

In February we rolled out version 1.1 of the Stack Exchange API.  This version introduced 18 new methods, a new documentation system, and an application gallery.

Developing this release was decidedly different than developing version 1.0.  We were much more pressed for time as suggested edits (one of our bigger changes to the basic site experience) were being developed at basically the same time.  Total development time on 1.1 amounted to approximately one month, as compared to three for 1.0.

The time constraint meant that our next API release would be a point release (in that we wouldn’t be able to re-implement much), which also meant we were mostly constrained by what had gone before.  Version 1.0 had laid down some basic expectations: vectorized requests, a consistent “meta object” wrapper, JSON returns, and so on.  This was a help, since a lot of the work behind an API release is in deciding these really basic things.  It also hurt some though, since we couldn’t address any of the mistakes that had become apparent.

There’s one big cheat available to Stack Exchange here; we’ve got a user base chock full of developers requesting features.  This is not to suggest that all requests have been good ones, but they certainly helps prevent group-think in the development team.

More generally, I approached each potential feature with this checklist.

Take everything that passes muster, order them by a combination of usefulness and difficulty of implementing (which is largely educated guess work), and take however many you think you’ve got time to implement off the top.  I feel the need to stress that this is an ad hoc approach, while bits and pieces of this process were written down (in handy todo.txt files) there wasn’t a formal process or methodology built around it.  No index cards, functional specs, planning poker, or what have you (I’m on record [25 minutes in or so] saying that we don’t do much methodology at Stack Exchange).

Careers's distinguishing feature is contact based, not data based.

Some new methods, like /questions/{ids}/linked, were the direct results of feature requests.  Others, like /users/…/top-answers, came from internal requests; this one in support of Careers 2.0 (we felt it was important that most of the data backing Careers be publicly available with the introduction of passive candidates).  Both methods easily pass the “expressed interest” bar.

General usefulness is fuzzier, and therefore trickier to show; it is best defined by counter-example in my opinion.  Trivial violators are easy to imagine, the /jon-skeet or /users-born-in-february methods, but more subtle examples are less forthcoming.  A decent example of a less than general method is one which gives access to the elements of a user’s global inbox which are public (almost every type of notification is in response to a public event, but there are a few private notifications).  This would be useful only in the narrow cases where an app wants some subset of a user’s inbox data, but doesn’t want to show the inbox itself.  I suspect this would be a very rare use case, based on the lack of any request for similar features on the sites themselves.  It has the extra problem of being almost certain to be deprecated by a future API version that exposes the whole of an inbox in conjunction with user authentication.

One pitfall that leads to less than generally useful methods is to depend too much on using your own API (by building example apps, or consuming it internally for example) as a method of validating design.  The approach is a popular one, and it’s not without merit, but you have to be careful not to write “do exactly what my app needs (but nearly no other app will)” methods.  The Stack Exchange API veers a little into this territory with the /users/{ids}/timeline method which sort of assumes you’re trying to write a Stack Exchange clone, it’s not actually too specialized to be of no other use but it’s a less than ideally general.

Whether something “fits” can be a tad fuzzy as well.  For instance, while there’s nothing technically preventing the /users/moderators method from returning a different type than /users (by adding, say, an elected_on_date field) I feel that would still be very wrong.  A more subtle example would be a /posts method, that behaves like a union of /questions, /answers, and /comments.  There’s some clear utility (like using it to get differential updates) however such a method wouldn’t “fit,” because we currently have no notion of returning a heterogeneous set of objects.  There are also sharper “doesn’t fit” cases, like adding a method that returns XML (as the rest of the API returns JSON) or carrying state over between subsequent API calls (the very thought of which fills me with dread).

There was some experimentation in 1.1

In 1.1 almost everything done was quite safe, we didn’t change existing methods, we didn’t add new fields, and really there weren’t any radical changes anywhere.  Well… except for two methods, /sites and /users/{id}/associated which got completely new implementations (the old ones naturally still available under /1.0).

These new versions address some of the short comings we knew about the API in general, and some problems peculiar to those methods in 1.0 (most of which stem from underestimating how many sites would be launched as part of Stack Exchange 2.0).  Getting these methods, that would more properly belong in version 2.0, out early allowed us to get some feedback on the direction planned for the API.  We had the fortune of having a couple well isolated methods (their implementations are completely independent of the rest of the API) that needed some work anyway on which to test our future direction; I’m not sure this is something that can reasonably be applied to other APIs. 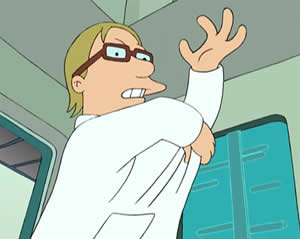 The world of tomorrow

Version 1.1 is the current release of the Stack Exchange API, and has been for the last seven months.  Aside from bug fixes, no changes have been made in that period.  While work has not yet begun on version 2.0, it has been promised for this year and some internal discussion has occurred, some documents circulated, and the like.  It’s really just a matter of finding the time now, which at the moment is mostly being taken up by Facebook Stack Overflow and related tasks.