If you take a look at the changelog for Stack Exchange API V2.0 (go check it out, you could win a prize), you’ll see we did more than just add new methods.  We also made a considerable number changes which taken as a whole aim to improve the consistency of the API’s interface.

Broadly speaking good APIs are consistent APIs.  Every time your API surprises a developer, or forces them to re-read the documentation, you’ve lost a small but important battle.  As I’ve said before, an API isn’t interesting in and of itself the applications built on top of it are; and accordingly any time wasted wrestling with the rough edges of your API is time not spent making those applications even more interesting.

This is an opinion I held during V1.0 as well, but we’re hardly perfect and some oddities slipped through.  Fields were inconsistently HTML encoded/escaped, question bodies and titles needing completely different treatment by an application.  There were ways to exclude some, but not all, expensive to fetch fields on some, but not many, methods.  There were odd naming patterns, for example /questions/{ids} expected question ids, and /comments/{ids} expected comment ids, but /revisions/{ids} expected post ids.  Return types could be unexpected, /questions returned questions as did /questions/{ids} but while /badges returned badges /badges/{ids} returned users (those who had earned the badges in question).

We’ve addressed all of these faults, and more, in V2.0.  Safety addresses the encoding issues, while Filters address the excluding of fields.  /revisions/{ids} was renamed to /posts/{ids}/revisions, while another odd method /revisions/{post ids}/{revision id} became the new /revisions/{revision ids}.  And all methods that exist in /method, /method/{ids} pairs return the same types.

There are some ways we’re perhaps… oddly consistent, that I feel merit mention.  All returns use the same “common wrapper object”, even errors; this lets developers use common de-serialization code paths for all returns.  Related, all methods return arrays of results even if the can reasonably be expected to always return a single item (such as /info); as with the common wrapper, this allows for sharing de-serialization code.  We return quota fields as data in the response body (other APIs, like Twitter, often place them in headers), so developers can handle them in the same manner as they would any other numeric data. 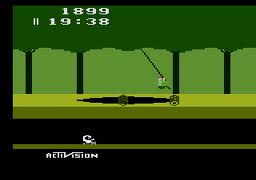 I would caution against what I’ve taken to calling “false consistency”, where an API either implies a pattern that doesn’t exist or sacrifices more important features in the name of consistency.

By way of example: the Stack Exchange API has a number of optional sorts on many methods, many of which are held in common (a great many methods have an activity sort, for instance).  The crux of the consistency objection to these sorts is that they often times apply to the same field (creation sorting applying to question, answer, and comment creation_date fields for example) but are named differently from the fields, some argue they should have the same name.

However, this would be a false consistency.  Consider if we just changed the names of the existing sorts, we would then be implying that all fields can be sorted by which isn’t true.  If did make it possible, we’d have sacrificed performance (and probably some of our SQL servers) in pursuit of consistency.  In this case the cure would be worse than the disease, though I would argue our sorts are consistent with regards to each other if not with regards to the fields they operate on.